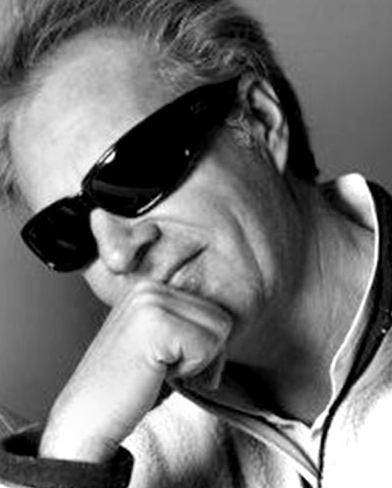 When you hear that someone has taken a break for 3 months to drive across the United States snapping pictures, you might envision a typical, carefree retiree, living the good life and dabbling in photography.

Armed with a bachelor of Fine Arts, a degree that covered just about every aspect of photography: science, technique, philosophy, etc., Kovar’s professional career took off. Right after college, he spent a couple of years in California shooting professional car advertisements for Corvette, Chevrolet, and Lincoln-Mercury; then moved to Chicago in 1988 where he pursued high-end commercial photography for many of the huge ad agencies including Leo Burnette and J. Walter Thompson.

In 1996, a successful and well-off Kovar moved to one of his favorite places, Santa Monica. In common with many other transplants to the city, he loves the weather but also Santa Monica’s small-town, east coast feel. On the profes-sional level, while he still works with several ad agencies, Kovar has taken advantage of Santa Monica’s year-round, beautiful landscapes to compose photographs for the private collector (such as the sunset shown below left), and now concentrates on selling his photos through his website, kovar.net.

Embracing another aspect of his profession, Kovar travels often and world-wide, capturing images such as a bird flock in the Irish countryside (below right) as well as pictures from Maui, Detroit, and Africa, all shown on sm904.com. One of his latest adventures came in 2008, when he was hired by explore.org to shoot a documentary about the youngest climber ever to scale Mount Kilimanjaro — a 7-year-old boy. The photo above shows Kovar on the left resting with a porter on the eighth day of that venture. Kovar says that the climb and whole experience was exhilarating, except on the first day when he was still hung over from the previous late night spent at Renee’s Courtyard Cafe here in Santa Monica.