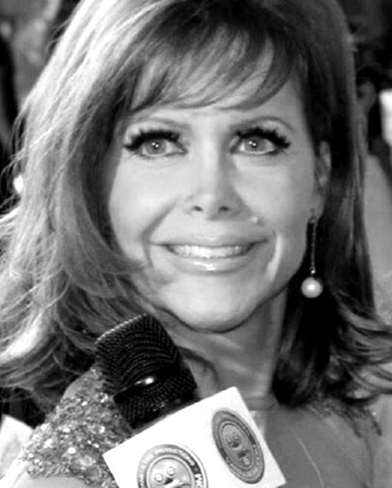 Inspirational filmmaker Tamara Henry, MA is a producer for Unbeaten, a documentary film on the 2010 Oscar Shortlist for the 83rd Academy Awards which TIME magazine named Top 10 Olympic Film of all time. She is the co-founder/cre-ator of Vanilla Fire Productions. She is the associate producer for the World War II film Return To Tarawa: The Leon Cooper Story, narrated by Ed Harris and the producer for the sequel Until They Are Home narrated by Kelsey Gram-mer, which is currently qualified for Oscar consideration.

Ms. Henry is an anchor and segment producer for various television shows including “Metro Motion,” a half-hour TV show featuring the impact of traffic in Los Angeles on the environment, carpooling and public transportation, which airs on a dozen cable television outlets across greater the Los Angeles area. Metro Motion received a 64th Los Ange-les Area Emmy® Nomination from the Academy of Television Arts & Sciences.

Since 2005 she has worked as an anchor, reporter and segment producer for Santa Monica City TV Channel 16, pro-ducing positive news and interviewing city leaders about issues that impact the community. Ms. Henry is a former WB and FOX evening news anchor who produced health and medical news throughout the 90s, and she now interviews ce-lebrities on Oscar night live on FoxNews.com for the Night of 100 Stars since 2005 and her videos are showcased at Night of 100 Stars.

Ms. Henry created and produced her own spiritual TV talk show interviewing actors, producers and directors on “IN with Tamara Henry,” which aired on Time Warner Cable in Los Angeles for three years. Tamara has worked in television production for fifteen years and produces in the studio and in the field with extensive coverage of red carpets for film festival circuits, award shows and celebrity events. She is a registered producer at Discovery Communications, having co-produced a film that aired on the Military Channel for four years. The movie ap-peared on CNN Larry King Live Dec 19, 2009. Tamara has also appeared on “The Tonight Show,” “Access Hollywood,” Animal Planet, LOGO, Oxygen, Style Network, Bravo, and USA Network. Tamara’s film acting credits, including Legally Blonde 2 can be seen at IMDb. In her newest venture, she is creator, producer and host of GreenTwithTamara.TV and Environmentallylncorrect.com

Ms. Henry was Miss Arkansas USA 1997. She won the Fruit of the Loom — Quality of Life Award and the Community Service Award for an inspirational program about mind, body and spirit she created entitled “Promoting Health through Whole Person Wellness.” She was an evening news anchor in Little Rock while Bill Clinton was President.

Competing in the Miss Arkansas Pageant earned her scholarship money she used toward her bachelor’s degree in Broadcast Journalism with an emphasis in radio, television and film. Since becoming a television news anchor in 1997, Ms. Henry has been giving back through a scholarship of her own: “The Tamara Henry Broadcast Journalism Award.” In 2010, she helped the nationally-televised Miss America Pageant to go green with the “Green Is Gorgeous” interactive eco-contest she produced for GreenTwithTamara.TV

Ms. Henry has continued her education, earning a Master’s Degree in Spiritual Psychology with an emphasis in Con-sciousness, Health and Healing. She is dedicated to conscious content and positive programming, and belongs to various Los Angeles groups that are dedicated to meaningful media and enlightened entertainment. Ms. Henry has worked as in the media covering Women In Film events throughout the years and she is a member of the Alliance for Women in Media. She can be seen at Los Angeles Film Festivals asking, “Can film change the world?” Ms. Henry has interviewed film actors including Morgan Freeman, Sir Richard Branson and many more on deeper issues facing humanity.

Tamara was born at Ft. Belvoir, Alexandria, VA near DC while her father served at the Pentagon from 1958 to 1973… one year in Korea… three years at the American Embassy, Bonn, Germany… and one year in Vietnam. He worked in intelligence/communications as Assistant Chief of Staff for Intelligence, and received the Bronze Star for ground oper-ations against hostile forces.